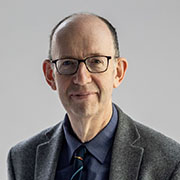 Professor Anthony Finkelstein is the President of City, University of London. He is a Fellow of the Royal Academy of Engineering. He is also:

He has an honorary DSc from City, University of London. He was appointed a Commander of the Order of the British Empire (CBE) for services to computer science and engineering.

Until taking up the role of President he was Chief Scientific Adviser for National Security to HM government, a senior strategic and operational role that involves leadership of science, research and innovation across the UK’s national security community.

Whilst undertaking this role he retained a position at University College London (UCL) and as a Fellow of The Alan Turing Institute, the UK national institute for artificial intelligence and data science, of which he was a founding trustee.

He is a visiting Professor at Imperial College London, University of South Australia and formerly at the National Institute for Informatics, Tokyo, Japan.

He is Professor of Software Systems Engineering with interests across computer science and in all aspects of the development of complex software systems. In particular he is interested in software development methods, tools and business context. He has built successful spin-outs and advises start-up companies. He says: