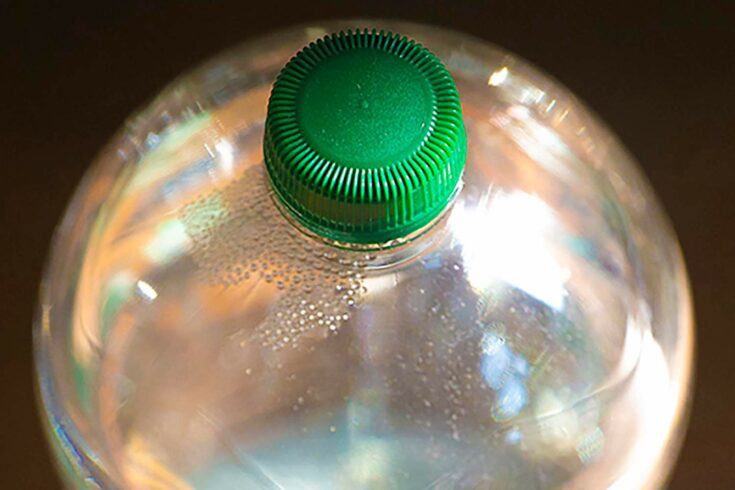 From high-profile TV segments to changes in UK policy and new innovation, UKRI-funded research into plastic waste has had a wide range of impacts across society.

Plastics are essential to everyday life but the way we use them is unsustainable. UKRI-supported researchers and innovators are on the case.

An estimated eight million tonnes of plastic waste enter the world’s oceans each year; and discarded plastics contaminate vital ecosystems and threaten the food chains we rely on.

Conversely, we also depend upon plastic. It keeps our medicines safe and easy to transport; it’s in our car tyres and teabags, computers and phones, clothes and shoes.

Plastic has become integral to modern human prosperity and wellbeing.

So good and yet so bad

What was once considered a precious commodity (think 1930s Bakelite radios) has become so abundant that we have been slow to realise the consequences of our addiction – particularly to the environment.

Paradoxically, one of plastic’s most attractive features, its durability, is now seen as its greatest threat to the environment – particularly from single-use plastic products such as food packaging.

The facts on plastic consumption are stark and make difficult reading. For example, the UK alone consumes more than 13 billion plastic bottles a year, making plastic packaging one of the greatest threats to our environment. The threat is also a microscopic one.

Mark Miodownik, Professor of Materials and Society at University College London, whose research is largely supported by the Engineering and Physical Sciences Research Council, has brought plastics into sharp focus within the context of the coronavirus pandemic.

He and his team have calculated that if everyone in the UK wore a single-use plastic mask every day for a year, that would create 128,000 tonnes of plastic waste.

Because of their very stable chemical structure, plastics do not biodegrade or dissolve in water.

Once they have been discarded, they stay in the environment for a hundred years or more, and since the sea is pretty much downhill from everywhere, they end up in the ocean.

More plastic than fish in the ocean

If this pattern continues, the Ellen MacArthur Foundation, which contributes to numerous UKRI-supported projects developing sustainable environmental solutions, estimates there will be more plastics in the ocean than fish by 2050.

But solutions to the challenges caused by plastic production and its waste, such as emitting greenhouse gases when it is burned, come with many strings attached.

Analysis shows that banning plastic packaging will be counterproductive because it will radically increase food waste and so increase CO2 emissions and global warming.

Miodownik is one of many UKRI-supported scientists at the forefront of global plastics research and innovation.

Their work crosses scientific disciplines and themes – from exploring the damage caused by discarded plastic to developing alternative materials and investigating social attitudes and behaviours.

Scientists have also played a major role in bringing the plastics conundrum to the public’s attention – the iconic BBC documentary series Blue Planet II, presented by Sir David Attenborough, is a case in point.

Reaching over a billion viewers worldwide, Blue Planet II and its stablemate Planet Earth illustrated the detrimental effect that microplastics are having on ocean food chains – a problem identified in 2004 by scientists supported by the Natural Environment Research Council (NERC).

Researchers funded by NERC provided scientific advice for Blue Planet II, which led to over 75% of viewers saying they will try to buy less single-use plastic. 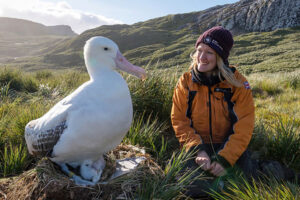 Dr Quinn, a bird ecologist, spent two and a half years on an Antarctic island studying albatross for NERC’s British Antarctic Survey.

She provided the focus of one of the most harrowing and most talked-about sequences in Blue Planet II in which albatross parents were seen to be feeding plastic to their young.

BAS and the BBC

The British Antarctic Survey (BAS) has a long-term relationship with the BBC’s Natural History Unit, and it has been involved in all of the unit’s recent blockbusters.

BAS staff have contributed to programme development and facilitated access to the polar regions.

They have also appeared on screen and worked with camera crews to apply new technology and techniques to capture ground-breaking footage.

Other action that has made a huge difference is the UK government’s decision in 2018 to ban products containing plastic microbeads – tiny pieces of plastic often added to products such as soaps, toothpaste and shower gels.

This decision was informed by evidence from research funded by NERC, and has since prevented 4,000 tonnes of UK-consumed plastic like microbeads from entering the oceans every year.

Following the phased introduction of the 5p ‘plastic bag tax’ across the UK from 2011-2015, single-use plastic bag use fell by 86 per cent.

Professor Wouter Poortinga, whose research is supported by ESRC, gave evidence to Parliament on the ramifications of the English plastic bag tax.

Our research has shown that the carrier bag charge has had a strong and positive impact on people’s attitudes and behaviours; it has changed attitudes towards waste policies as well.

This suggests that other similar policies could be successfully implemented, such as a deposit return scheme on plastic bottles or a charge on disposable coffee cups.

So there is hope that we are heading in the right direction, in terms of detecting and preventing plastic pollution.

But what if it were possible to tackle the problem at its root?

UKRI-supported researchers are working on this by:

With support from BBSRC, scientists at the University of Portsmouth have engineered a plastic-eating enzyme which can digest some of our most commonly polluting plastics.

The team were able to engineer a super-efficient, fast-acting enzyme using a kind of mega-microscope, the Diamond Light Source X-ray beamline, which is funded by STFC and the Wellcome Trust, to examine the chemistry in minute detail.

The research led to a £5.8 million grant from Research England to create a Centre for Enzyme Innovation; it also won the 2019 STEM Research Project of the Year award at the Times Higher Education Awards.

In September 2020, the team announced that, with funding from BBSRC, they have now created an enzyme ‘cocktail’ which can digest plastic up to six times faster than their original solution.

Among studies into alternatives to plastic, EPSRC-supported researchers at the University of Bath have developed biodegradable cellulose microbeads from a sustainable source to replace microbeads in cosmetics, toothpaste and shampoos.

The team have received follow-on funding from UKRI to develop their research with industrial partners, and have formed a spin-out company, Naturbeads, to bring the research to market.

Researchers used STFC’s ISIS Neutron and Muon Source beam research facility to study the properties of a sugar-based plastic that could start to replace conventional plastic bottles in the near future.

Another benefit of finding alternatives to plastic in packaging is that the commercial potential is huge. 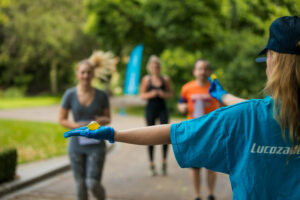 With support from Innovate UK, Notpla is developing waste-free, compostable and, in some cases, edible packaging that biodegrades naturally in the environment or in landfill in four to six weeks.

The company’s core product, Ooho, a ‘flexible packaging for liquid’ made predominantly from seaweed extract, could be used in everything from water bottles and running event drinks to sauce sachets.

Recycling plastics back into oil

Technology that can recycle all types of plastic is now also in the mix.

Recycling Technologies has developed technology that can turn plastics back into an oil, which can be used to replace fossil oils or make new plastics.

The technology is based on research developed with sustained UKRI support, and the company plans to install 1,300 of its RT7000 recycling machines into waste treatment and recycling sites worldwide within a decade.

This reduces the need for non-renewable petrochemical raw materials and lowers the emission of harmful greenhouse gases.

In 2019, Econic, which was formed to bring Professor Charlotte Williams’ EPSRC-supported research to market, was named on the Global Cleantech 100 list.

As the UK’s largest supporter of research and innovation with a budget of nearly £8 billion, UKRI’s mission is to harness the talents of scientists and innovators across disciplines and sectors.

This joined-up thinking is driving innovation and contributing to UK prosperity with a focus on sustainable development – in line with the UN Sustainable Development Goals.

UKRI is leading a coalition that aims to make the UK a leader in sustainable plastic packaging.

The government is investing up to £60 million in this initiative, which is expected to be matched by up to £149 million from industry. This builds on UKRI’s £20 million investment in the Plastics Research & Innovation Fund.

Change can only come about through a combination of policy and commitment.

To this end UKRI and think tank Policy Connect joined forces to engage parliamentarians and industry with research to guide UK solutions for managing its waste plastic.

There’s more good news in the form of the UK Plastics Pact, which companies responsible for 80% of the plastic packaging in the UK have pledged to.

The pact aims to make all plastic packing 100% recyclable, reusable or compostable, and to eliminate all unnecessary single-use packaging, by 2025.

Delivered by the Waste and Resources Action Plan (WRAP), the pact is aimed at creating a circular economy for plastics.

Solving the plastics problem will have to include a movement towards a circular economy for plastics, which will:

UKRI is investing £30 million in a Circular Economy Programme which includes £22.5 million in five interdisciplinary circular economy centres; a programme integration hub and a range of business led-collaborative research and development projects.

The common denominator for success, of course, is us.

Research by a University of Exeter team funded through the Plastics Research Innovation Fund has revealed some inconvenient truths: They found that in 2018 a UK resident had 473kg of plastic in their home on average. Per household the figure was 1,136kg, the equivalent weight of a small car.

Plastic waste per person was estimated at 70kg, with packaging from items such as soft drinks and dairy products accounting for around a third.

Mark Miodownik, a long-time champion of the circular economy, is unambiguous about the role we must play.

With the UK Plastic Pact now in place, it is up to all of us to make it work.

There’s a lot at stake. The health of the whole Earth, in fact.

These game-changing BBC TV series, which graphically depicted the effect that waste plastics are having on the marine environment, left their mark on the public consciousness.

Dr Lucy Quinn provided the focus of one of the most harrowing and most talked-about sequences in Blue Planet II in which albatross parents were seen to be feeding plastic to their young. This problem was originally discovered as a result of long-term NERC-funded monitoring of bird populations.

88% of Blue Planet II viewers said the series inspired them to change their behaviour.

Over 75% of viewers say they will try to buy less single-use plastic – which, researchers have shown, is the kind of plastic we need to eradicate as we move towards a circular economy.

Blue Planet II has frequently been cited in UK government policy announcements and calls for action, including a high-profile speech by the Prime Minister in January 2018.

Discovery Channel paid £300 million to include BBC natural history shows on its new global streaming service – helping to further catapult plastic pollution up the public agenda in the UK and internationally, changing perceptions and behaviour, and supporting the UK creative economy.