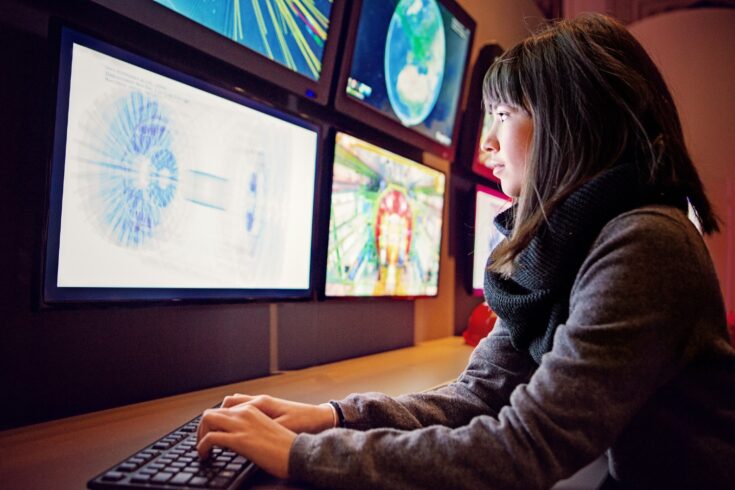 Serco, a global service company headquartered in Hampshire, has managed a number of CERN contracts since the mid-1990s, boosting the UK economy and reputation.

STFC supports UK companies to tender for work with CERN, with the aim of winning business for the UK economy. As a result, one of the companies supported, Serco, has been working successfully with CERN for more than 20 years.

Serco provides technical services for a range of equipment. Its first contract was for desktop computers, and the latest includes cryogenic installations.

Although based in the UK, Serco has a local management office on the French side of the border, very close to CERN. Where a tender requires a collaborative approach, however, it will look for a suitable UK or European partner. This approach has been very effective, and has been used in several incarnations of the industrial support contracts including the current versions.

The returns from Serco’s work with CERN were felt from its first contract, for which it has successfully re-tendered several times.

The contract originally supported desktop computers used by 3,000 CERN personnel and up to 7,000 onsite visitors. The most recent contract is expected to run until 2023 and has 20 technicians servicing up to 15,000 desktop systems running Linux, Microsoft Windows and macOS. They also provide support for CERN’s audiovisual and email services.

Another of Serco’s early contracts was providing technical support for CERN’s accelerator complex, including experimental and test areas. The first contract was in 1997, and Serco has been running the third generation of the complex since 2011. At peak times around 200 staff have been employed, and the current seven-year contracts have been extended for at least three years to cover a long scheduled shutdown of the accelerators and experiments.

In 2001 Serco added a further contract to maintain and operate cryogenic installations around the site. It has retained these contracts on every subsequent re-tender.

Employee engagement at Serco is high, with a staff turnover figure of less than 5% per year. The company offers employees three days’ training a year – either internal training, with an external provider or through CERN’s own training courses.

Serco contract manager Christian Prieur is in no doubt about the benefits of working with CERN: “It’s the number one science laboratory in the world. Working with CERN is good for our image”. He strongly advises companies interested in working with CERN to always complete and return market surveys, even if they eventually decide not to bid when they see the detailed requirements. He also warns new bidders that CERN is a very complex and competitive organisation. “You might not be successful with your first bid, but don’t give up,” he stresses. “If we’re not successful on a bid, we ask for feedback, and we learn from the feedback.”

Serco has been working successfully with CERN for more than 20 years; it has an approach that clearly works.