Engaging with the public to strengthen science and society 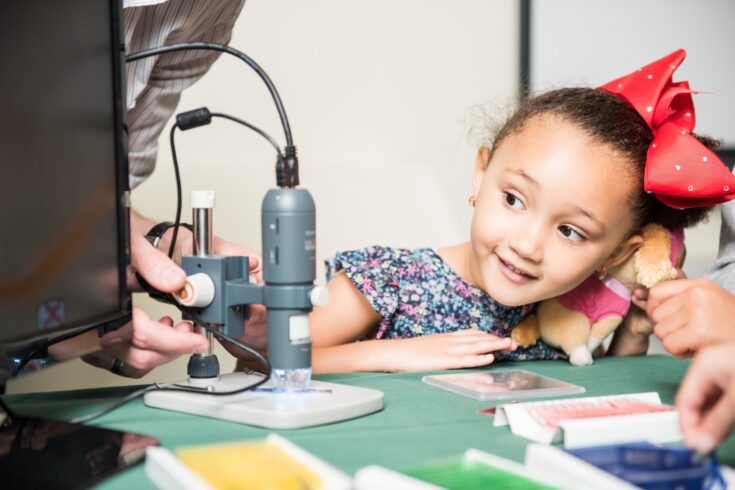 A vibrant, varied programme of public engagement enables NERC to inform, influence and inspire, and also to listen and learn.

As the UK’s largest funder of environmental science, the Natural Environment Research Council (NERC), has a responsibility to listen to society and share the science it funds. Maximising the impact of the science NERC funds means ensuring that both its outcomes and its methods engage people outside of academia, building trust and embedding credibility.

Just as importantly, research must be relevant to real-world needs and responsive to citizens’ concerns and aspirations. The key to achieving all this is to involve and engage with people – not least because the public’s concern for the environment and interest in solving complex environmental questions continues to grow.

NERC has delivered a suite of projects that create and strengthen the interface between the public and the science NERC supports, involving people in environmental science and enhancing NERC’s world class research.

The Engaging Environments Climate Stories project gave me a huge boost in both skills development and the confidence to do more science communication.

The concerns and aspirations of the public were considered through public dialogue activities as part of NERC’s digital environment programme.

The UK Geoenergy Observatories engaged with people local to earth science sites in Glasgow, Cheshire and Cardiff. The data collected is open for all to see, and made accessible through feedback from public consultation.

The AccessLab project paired researchers with public groups and aimed to reduce knowledge inequality. Researchers experienced the difficulties many face when accessing research and helped public groups access solutions to the challenges they face.

Informing the government’s clean air strategy and positively influencing industry were outcomes from Trans.MISSION. This collaboration between NERC and the 2018 Hay Festival paired award-winning artists with world-leading scientists to demonstrate the importance of NERC research. One output, the Clean Air Starts at Home animation, went on to help shape a Department for Environment, Food & Rural Affairs strategy that provides a platform for proposals to cut air pollution. The animation also stimulated public discussion, prompting a number of chemicals companies to consider how to make their products greener.

Video credit: NERC.
On-screen captions and an autogenerated transcript are available on YouTube.

Inspiring science for the next generation

Over 200,000 children and their families had their interest in science increased and their understanding heightened thanks to Operation Earth. Running from 2017 to 2019, this initiative enabled visitors to 11 science and discovery centres across the UK to learn more about how environmental science benefits their daily lives – and even have a go at being a scientist themselves. After taking part, over three quarters said that they were more interested in environmental science and that their understanding of the environment had increased.

More than 3,500 people took the chance to engage with environmental science and scientists when they attended Your Planet Needs You, held at London’s Natural History Museum in November 2018. Showcasing a host of arts-based exhibits, this after-hours event examined a range of environmental issues, from plastic pollution to coral reef degradation. After attending the event, 50% said they had learned something new about environmental science and they had spoken to a researcher there face to face.

NERC’s new strategy is a clear statement of intent. NERC wants to engage diverse groups throughout the process of its science, strengthen its research and accelerate efforts to find solutions to issues like climate change. NERC’s public dialogue processes address hot topics such as the digital environment, enabling NERC to listen to the public to help shape research programmes.

Some of the scientists behind the successes

A leading atmospheric chemist, Ally played a pivotal role in Trans.MISSION. Working with Aardman Animations and the actor Marcus Brigstocke to produce an animation exploring the vital yet largely invisible issue of indoor air pollution. He helped shape its content, pinpointed the key messages it needed to convey and ensured the science underpinning the film was accessible for non-technical audiences.

Find out more about Professor Ally Lewis and his research.

Marine ecologist and science communicator, Sara facilitated conversations between NERC scientists, artists and conservation practitioners as part of the AccessLab programme, which aims to reduce knowledge inequality. By working closely with these groups, she experienced the difficulties many face when accessing research and helped them to find and assess evidence that could help identify solutions to the challenges they face.

Find out more about Dr Sara Mynott and her work.

A world-renowned climate scientist, Peter has harnessed NERC funding to lead a new approach that applies storytelling expertise to science communication. The Climate Stories project, for example, produced a book, film and artwork that demonstrated the power of this approach. One of those involved, PhD student Tim Gordon, went on to win a prestigious competition designed to identify and support the world’s most talented new science communicators.

Find out more about Professor Peter Stott and his work.

Find out more about the Engaging Environments initiative on the National Co-ordinating Centre for Public Engagement (NCCPE) website.

Find out more about the AccessLab project on the NERC Engage blog.