‘Listen to the Universe’ a pop-up book about gravitational waves 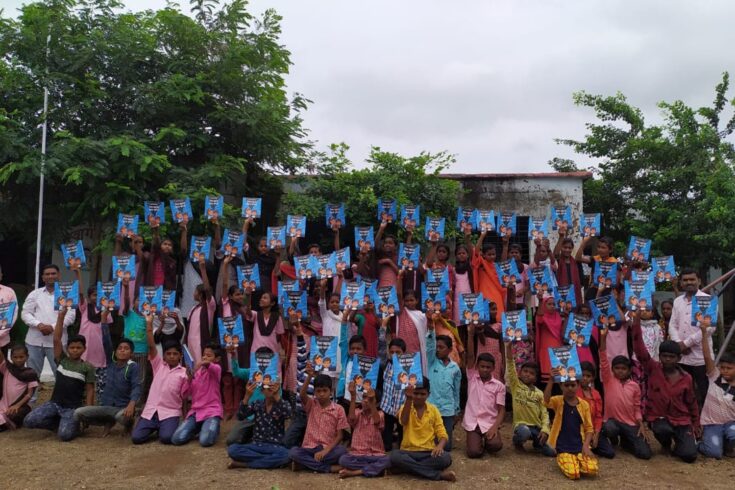 Have you ever wondered what a gravitational wave is?

Well, it’s an energy-carrying wave produced when a massive disturbance or ripple in the curvature of spacetime spreads at the speed of light.

This occurrence was first discovered in 2015 by 2 laser interferometer gravitational-wave observatory (LIGO) detectors, based in Louisiana and Washington in the US.

Shortly after the finding, the Indian government approved the construction of the third LIGO detector. This detector is being built in the Hingoli district of Maharashtra state, in western India and is scheduled for completion in 2024. The benefits of adding the new detector to the existing network include:

Dr Mariela Massó Reid, an astrophysicist from the University of Glasgow’s Institute for Gravitational Research and part of the LIGO collaboration says:

The next stage was to explain the purpose and function of the observatory to the many rural communities living nearby.

For this she collaborated with: 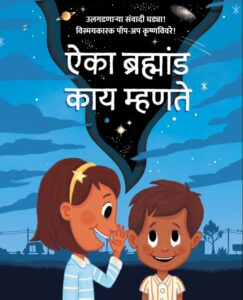 The team collaborated to write Listen to the Universe, a book which explains the gravitational waves and inspires an interest in the science.

Written from the perspective of a girl named Lila, the story follows her conversation with a boy named Gopu. Both characters live in the Hingoli district of Maharashtra and the 16-page book is presented in Marathi, the language spoken in the region.

One of the most important things for us was to inspire girls and boys to realise that they can be and do anything they want and to perhaps become interested in science and see it as a possible future career.

We worked closely with colleagues in India to ensure that the book was culturally recognisable and relatable to the new generation of scientists and engineers that will be needed to operate these new observatories.

We deliberately pitched it at early age readers so young children can read the book, but we also hope parents will read it with their children and learn about the technology along with them.

Listen to the Universe received support from the Science and Technologies Facilities Council, the University of Glasgow’s Global Challenges Research Fund (GCRF) Small Grants Fund, an initiative supported by an allocation of GCRF from the Scottish Funding Council. The books have already been distributed to children in the Hingoli area who attended the Independence Day celebrations as part of the LIGO-India Star Fest in August 2022.

A YouTube video about the book, with English narration and subtitles, is available and a Listen to the Universe website in English and Marathi has been developed featuring additional games, activities and inspiring stories.

Top image:  Children in the Maharashtra state after receiving their Listen to the Universe books during the independence day festival. Credit LIGO India IUCAA