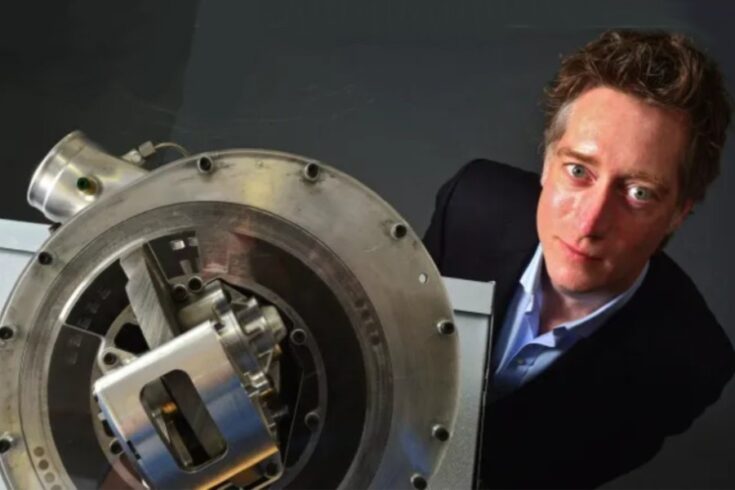 A new type of compressor devised by a UK business could be manufactured in the UK and get a share of a £50 billion global market.

Compressed air is used across industry for making things. It is found in fridges, in vehicle engines and air conditioning systems. The global market for low and medium pressure compressors is estimated at £50 billion a year.

Design and engineering business Lontra has devised a new approach to compression that will save millions of pounds for the water industry and could be used for more efficient processes across a range of industries.

Lontra started more than 10 years ago in London and moved to the Midlands where it could find the engineering staff and sub-contractors it needed to progress. It now employs around 20 people and is looking at building a significant manufacturing site.

Lontra’s Blade Compressor® was developed with support from Innovate UK. It is a revolutionary new design for an air compressor devised by Lontra chief executive Steve Lindsey, who was hailed as the next James Dyson by the Carbon Trust.

In a trial at Severn Water, the compressor led to energy savings of 21.2%. Compressors are used to pump air into sewage. Use of compressors in sewage treatment accounts for 1% of all UK electricity usage.

Other advantages of the Lontra compressor are that it is very reliable and oil-free.

Steve Lindsey said: “The support we have had from Innovate UK over the years has really helped us to focus on where our technology fits the best. It’s something we wouldn’t have been able to do without the support from Innovate UK and from the Carbon Trust.”

Lontra has signed a multi-million pound licensing deal with Sulzer, a global leader in pumping equipment, to supply into the municipal and regulated wastewater market. The compressor will increasingly be used in aeration equipment for the treatment of wastewater across the world.

Lontra recently opened a new technology centre that will help it to efficiently and quickly adapt the compressor to new markets.

It has also won funding from the European Horizon 2020 scheme to help it expand into ‘pneumatic conveying’ – a common way of moving such things as foodstuffs, cement and pharmaceuticals by blowing them along tubes.

Since completing the project, Lontra has secured a further £8 million in funding, expanded their product range, formed distribution agreements around the world, and have announced a new smart factory in South Yorkshire.

“Our latest Innovate UK award is allowing us to look at taking the technology from a current large and expanding market and developing it into the next market, which is the compressor in every factory,” adds Steve Lindsey.

Read a Lontra announcement about their new smart factory in South Yorkshire.