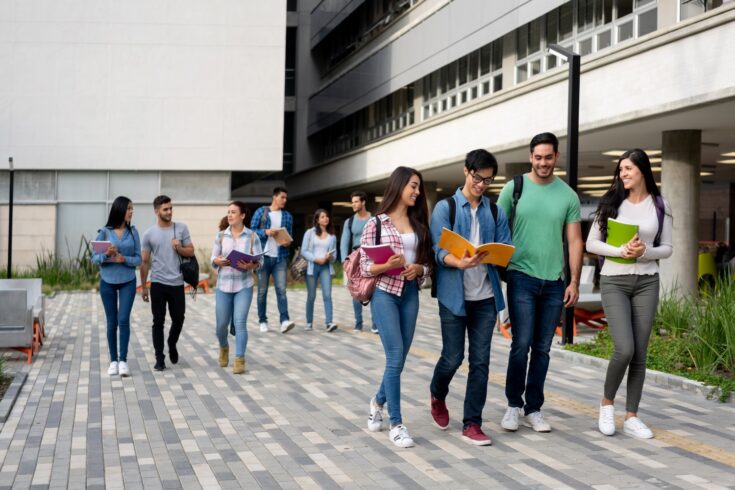 An ESRC-funded research collaboration into university student loans underpins radical reforms in Colombia that will enable up 10,000 poorer students a year to access higher education.

For over 70 years Colombia’s student loan system has been based on former students, regardless of their employment status or level of earnings, repaying fixed amounts over a given period, usually between 5 to 12 years.

Ignoring graduates’ ability to repay their loans has had severe consequences. Default rates under this existing scheme were high, causing stress, financial hardship, an inability to secure future commercial loans and lifetime household disadvantage. Also, as parents were most likely to act as loan guarantors, many potential students from poorer backgrounds decided against university due to the risk of their family’s financial ruin should they be forced to default.

Lorraine Dearden and Professor Bruce Chapman at the Economic and Social Research Council (ESRC)-funded Centre for Global Higher Education worked with the Colombian government to provide evidence of the system’s shortcomings. This prompted the launch of a new income-contingent loans (ICL) scheme starting in January 2023. Under this scheme, students only repay the loan when they can afford to do so.

Video credit: ESRC
On-screen captions and an autogenerated transcript are available on YouTube.

Since 2016, the researchers have shared their joint international policy and empirical expertise with local analysts in the Colombian public student loan company (ICETEX), as well as with policymakers and government officials.

Under the existing system, the debts of those unable to pay their loans were often sold to a third-party debt collection agency at significant loss to the government. Research revealed that because more than 95% of ICETEX loan holders had been employed for at least some time over the last 10 years, the government would have recouped far more revenue had it held onto the debts and collected repayments via an ICL.

Research led to reforms in Colombia’s university student loan system which will open higher education for up to 10,000 poorer students annually from 2023 while securing the Colombian government higher revenues from loan repayments over the long term.

Professor Dearden and Professor Chapman’s finding that in some months almost half of students under the existing system had to spend over 90% of their earnings on student loan repayments convinced the Colombian government to initiate an alternative approach.

Starting in January 2023, the Colombian government’s new ICL-based scheme will significantly improve the lifetime prospects of Colombians, particularly the most disadvantaged, as it protects graduates from repaying loans when they are at their most vulnerable due to ill health, unemployment, or raising a child. It also ensures new loan holders need no longer fear the consequences of defaulting.

The new, fairer and more affordable scheme, has the highly desirable feature of income-contingent repayment which means that former students are required to repay if and only when they have sufficient income in the future.

A winning formula for government

The ESRC-funded team’s statistical modelling provided the Colombian government with confidence that these ICLs will eliminate loan defaults and provide the government with higher revenue streams and more sustainable budgets in the future.

Professor Lorraine Dearden and Professor Bruce Chapman’s active role in the discussion, design and modelling of a sustainable ICL scheme has changed the way student loans will operate in Colombia and helped transform the lives of future Colombian students.

The new scheme is targeted specifically at high-attaining students from the 3 most deprived socio-economic groups across all regions of Colombia. It will enable more students from poorer backgrounds to access higher education because the risk of repayment hardships and loan default has been removed.

A scheme with international reach

The new scheme offers a transformational prototype for similar potential reforms in many countries worldwide with student loan systems.

The team’s innovative loan modelling methodology is informing policymakers in Brazil, Chile, Japan, the US and elsewhere on the potential to design more effective and fairer student loan systems.

Professor Chapman sums up the potential of the new scheme:

The conversion of the Colombian student loan system casts a bright light on a model of prospective change for the many millions of students facing dire and unfair university financing options in their own countries, including in the US, Japan, China, Ireland, Brazil and many more.

Professor Lorraine Dearden and Professor Bruce Chapman of the Centre for Global Higher Education are finalists in the ESRC Celebrating Impact Prize 2022.

Read about the Issues in the Economics of Higher Education project.

Watch the research team discuss the loan scheme on Twitter.