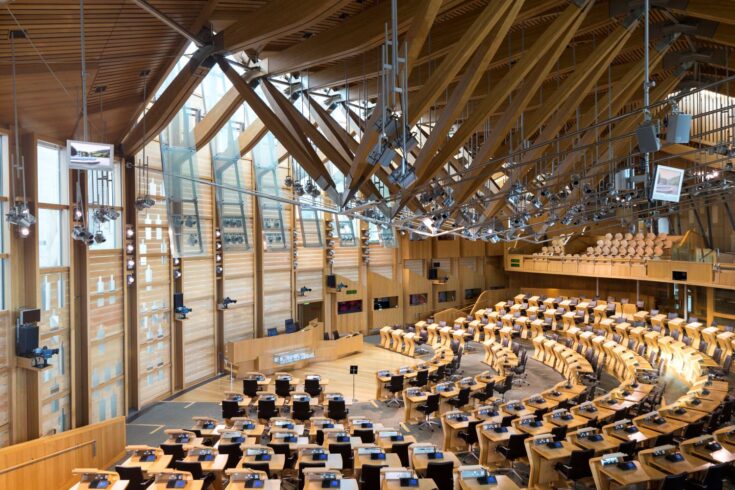 Research highlighting weaknesses in how UK and devolved administrations engage with each other has shaped reforms that promise more effective ways of working.

Each of the UK’s 4 governing administrations has its own responsibilities and powers. When facing crises, as well as during the routine business of government, these administrations must work together to ensure they govern effectively.

Effective intergovernmental relationships are therefore essential to the stability of the political union.

However, recent events, including reforms to devolution, the UK’s departure from the EU, and COVID-19, shone a light on these weaknesses. EU Exit, in particular, also brought new stresses and strains in the relationships, adding urgency to the need for reform.

On-screen captions and an autogenerated transcript are available on YouTube.

Through a series of research projects, Professor Nicola McEwen has highlighted problems with the processes and practices of intergovernmental relations (IGR).

The 2016 devolution settlement complicated the linkages between the new powers devolved to the Scottish Parliament and those still reserved to the UK.

Professor McEwen is the co-investigator on the Economic and Social Research Council (ESRC) large grant project, ‘The Constitutional Future of Scotland and the United Kingdom’. Her research highlighted the problematic nature of increasing interdependence between these reserved and devolved powers against the backdrop of under-developed processes and machinery to support relationships between the UK and devolved governments.

Professor McEwen has also analysed the political and institutional dynamics that arise when governments are led by competing political parties with divergent outlooks on the future of the UK.

The outcome of the EU Exit referendum heightened the competitive nature of IGR. As a Senior Fellow of the ESRC UK in a Changing Europe initiative, Professor McEwen carried out real-time research on the consequences of the EU Exit negotiations, agreements, legislation for devolution and relations between the governments.

Based on further ESRC-funded research, she found that the intensification of formal and informal IGR during the EU Exit process revealed opportunities for, and obstacles to, more formalised co-operative working across the UK.

Professor McEwen has actively worked with governments and shaped new reforms that promise more transparent and effective intergovernmental processes and practices. The research has also influenced UK government legislation designed to help protect the outputs of effective joint working between the UK and devolved governments.

Impacts of the research

Professor McEwen’s expert testimony and advice has helped parliamentary committees across the UK respond to the unprecedented challenges placed on the UK constitution since 2014. She appeared 25 times as an expert witness between 2014 and 2020, and her research was cited 90 times across 14 parliamentary reports.

Protecting the authority of devolved institutions

Professor McEwen shaped the understanding, scrutiny and development of 3 pieces of legislation that affected devolved powers:

Her evidence, briefing papers and discussions influenced the positions adopted by devolved governments, parliamentary committees and parliamentarians. This ultimately helped to ensure that key elements of the legislation supported the effective functioning of devolution, including some protection for the authority of devolved institutions.

Recommendations from Professor McEwen’s jointly authored report on inadequacies in the formal system of IGR fed into the outcomes of a formal ‘joint review’ of IGR initiated by the Prime Minister and first ministers.

The outcomes of the joint review of intergovernmental relations that concluded in January 2022 demonstrate the value of Professor Nicola McEwen’s research and also her personal impact on UK government policy.

Professor McEwen’s recommendations led to an agreement between the Scottish Parliament and Scottish Government on how and when it reports on ministerial engagements with the other governments of the UK.

Her research also prompted the UK government to increase transparency, including a quarterly review and a new gov.uk webpage for intergovernmental relations reporting.

Professor Nicola McEwen is a finalist in the ESRC Celebrating Impact Prize 2022.

Read about intergovernmental relations in the UK.