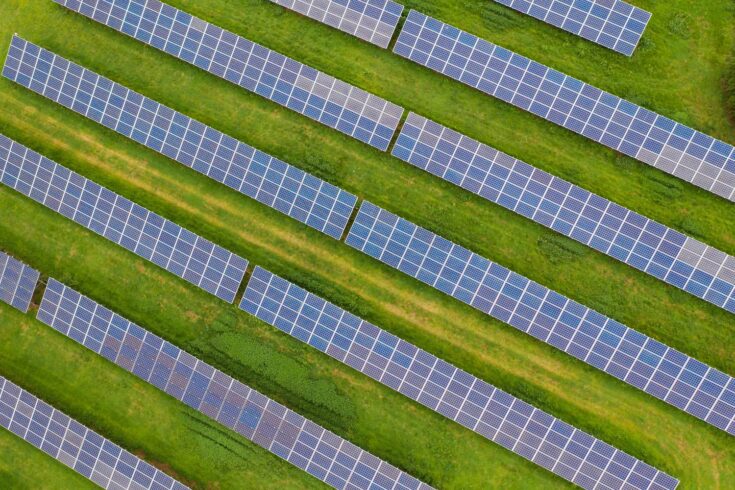 The University of Oxford and Oxford PV partnered to develop solar cell technology that costs less to produce yet is twice as efficient as existing photovoltaics.

Silicon is the main material used in existing commercial photovoltaics, but it’s reaching its efficiency limit. Using traditional photovoltaic (PV) technology, it takes about seven tonnes of silicon to make a million watts of solar panels.

An EPSRC Prosperity Partnership grant is enabling spin-out company Oxford PV to work with researchers from the University of Oxford. The aim of this partnership is to develop commercially viable products using technology that will cut the production costs of photovoltaic cells and at the same time increase their efficiency.

The key is to build a product ‘package’ which would be of interest to large-scale producers, and the challenges faced by the team are both technical (such as ensuring product stability) and business-based (assessing the commercial risks).

Video credit: EPSRC.
On-screen captions and an autogenerated transcript are available on YouTube.

Based on the research, the team calculated that 35kg of materials called perovskites could be used to replace seven tonnes of silicon in solar panel production.

Most commercial companies’ research centres can’t afford a dedicated research facility on the scale offered by the University of Oxford. With access to the university’s research resources, Oxford PV has been able to gain a deeper insight into the technology’s capabilities, and build on sound science to create products that are market-ready.

Find out about the work of Oxford PV on their website.